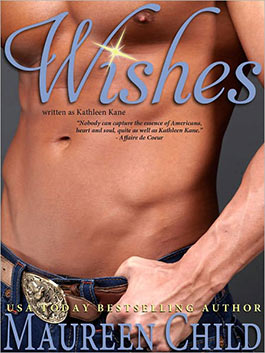 Matilda Pennypacker would brave the untamed West for just one reason – to claim her orphaned nephew, the only family she had left in the world. She never imagined the boy would refuse to return with her to New York – nor that his obstinate uncle, Sheriff Michael Connor, would be so disturbingly handsome. Unfortunately, men like him weren’t attracted to women like her. Why, then, did he agree to take her as his wife for one year?

Mike was delighted to discover that beneath his temporary wife’s tightly bound exterior was a woman whose passions rivaled his own. This marriage of convenience was proving surprisingly inconvenient… for when their year was up, Mike wasn’t sure he’d be able to let her go.