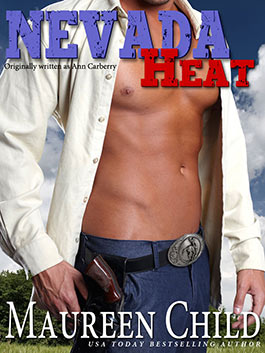 Jesse Hogan has come to Bandit’s Canyon seeking the tattooed badman who destroyed his family. His quest for vengeance becomes complicated when he finds the haven for outlaws being run by a beautiful, vulnerable woman. Miranda Perry can’t possibly be as innocent as she seems.

Miranda’s dreams of turning Bandit’s Canyon legit are threatened by the rougher men who hide out there these days. She sees trouble in the arrival of the brooding stranger… but she sees something more, too. The sadness in Jesse’s eyes calls to her, and the tenderness of his embrace feels too good to be bad. She promised her mother she'd never fall in love with an outlaw. Until now, until Jesse, she never had a problem keeping that promise.

As Jesse lies in wait for his nemesis, he discovers that the only thing sweeter than revenge is a night in the arms of the woman he loves…