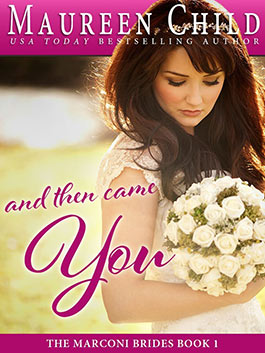 And Then Came You

Samantha Marconi never thought she’d see Jeff Hendricks again, but it turns out her ex is not so “ex,” after all. A lazy clerk failed to file their divorce paperwork, which means they’re still married. And it also means, as painful as it is, Sam can finally talk to Jeff about the baby she lovingly gave up for adoption when their marriage fell apart. Except… when she knocks on his door, a little girl answers. A little girl who looks a lot like Sam.

Jeff’s heart broke when he thought Sam didn’t want the child they’d created together. His manipulative mother made sure he never received Sam’s frantic letters, so he raised their young daughter on his own. After eight years, can he risk allowing Sam back into their lives? With passion still burning hot, he’s worried that if they can’t make this work, his little girl will be the one who’s hurt the most.