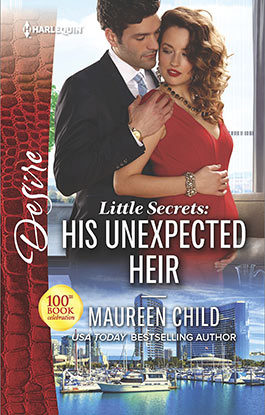 Between duty, honor…and a baby! Only from USA TODAY bestselling author Maureen Child.

Six months. That's how long Rita Marchetti has mourned Jack Buchanan. Yet here he is, alive, standing in front of her, perfect…and devastatingly sexy! Even more amazing is the former marine's admission that he wanted Rita to think he'd died. But the two of them are about to become three and Jack is back just in time.

That baby Rita is carrying is his. Despite the pain he holds so close to his heart, Jack can't walk away from his child. A marriage in name only would solve everything. Everything except a desire too deeply buried and too long denied…