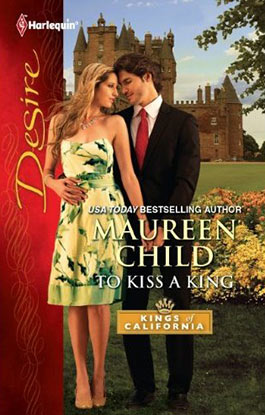 To Kiss a King

For security expert Garrett King, rescuing a damsel in distress is routine—even if she is a runaway princess. And especially if she's a sexy, desirable woman he intends to keep very, very close.

Garrett knows Princess Alexis escaped her castle to look for independence and true love—and she thinks she's found it in him. But he's no white knight. As a bodyguard, he's been covertly hired to protect her during her adventure. As a confirmed bachelor, he doesn't do happily ever after…but one kiss from a princess could change everything.