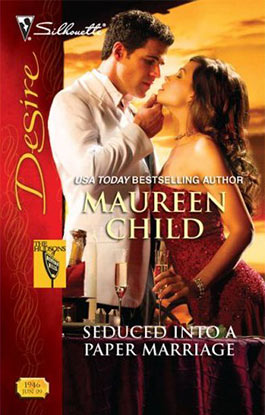 Seduced Into a Paper Marriage

No one ever denied Devlin Hudson. The COO of Hudson Pictures could have any woman he wanted, but what he wanted was a woman who made no demands. He'd thought Valerie Shelton was that woman.

But his prim, proper wife had walked out on their matrimonial merger, and now Devlin was pulling out all the stops to get her back. He vowed to win over winsome Val the old-fashioned way…in bed. Then he discovered his "shy" young bride had a passionate side—and a romantic agenda that would rock his world….