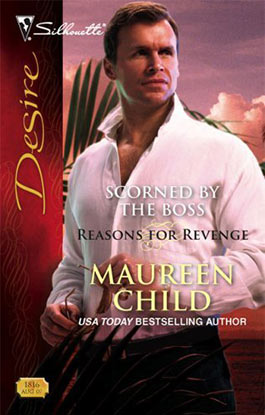 Scorned by the Boss

Shipping tycoon Jefferson Lyon wasn't a man who took no for an answer—from anybody. So when his "faithful" secretary finally had enough of his difficult, demanding ways and quit, he followed her to the tropical resort where she was vacationing. There'd be no relaxing for Jefferson…he was playing at seduction in order to get Caitlyn back to work.

But his ex-assistant was turning out to be more determined, and more desirable, than the arrogant millionaire had ever realized.