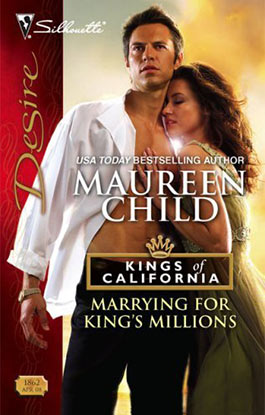 Wed and bed one of his biggest client's unsavory daughters? No thanks. But the only way millionaire Travis King could get the man off his back was to marry someone else. So he handpicked his temporary and on-his-terms bride— hometown girl Julie O'Hara. The woman was desperate and should easily fade into the background. And, as per their contract, she'd do exactly what he wanted during their year of platonic marriage. Unless what he wanted began to change.…