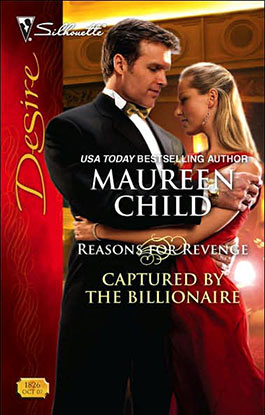 Captured by the Billionaire

Revenge is sweeter in paradise

Billionaire Gabriel Vaughn had all but forgotten the past...until Debbie Harris arrived at his luxury resort. She'd walked away from him once, but now he wasn't letting her leave his island without exacting his own brand of revenge— the ultimate seduction.

Debbie realized Gabriel would only release her if she revealed the true reasons she'd left him years ago. But could she resist their heated attraction long enough to learn if Gabriel had a deeper motive for making her the billionaire's captive?