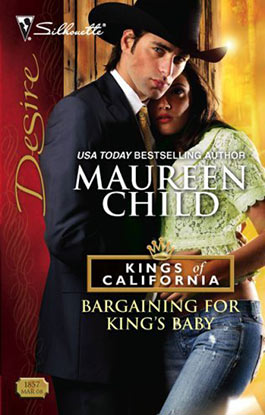 Just twenty more acres and millionaire Adam King would restore his family ranch to its former glory. So intense was his obsession, he even considered marrying the girl next door. For Gina Torino's father was willing to "sell" her in exchange for the much-desired land.

Gina was aware of her father's manipulative bargain…and decided to make a deal with Adam herself. She'd marry the ice-cold rancher. He'd get the land. And she'd get King's baby.